Always passionnate about tiny houses for children, Dominique Lafourcade has proposed a Datcha for a garden in the Luberon. 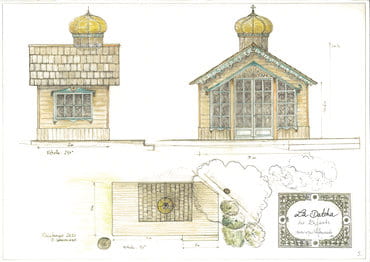 What a fantastic experience to write the story of a garden through its different owners...It is a bit like what happens for the Ramades, beautiful property in the Luberon. DL designed the garden 26 years ago for the very talented François Catroux.

The new owners ask Dominique Lafourcade to complete this beautiful place with vegetable garden, fruit garden, tennis, flower garden. In its tracks, the project grew with an outdoor theater, a secret garden, a white garden, A Mount, a Zen garden....

A new page of this garden 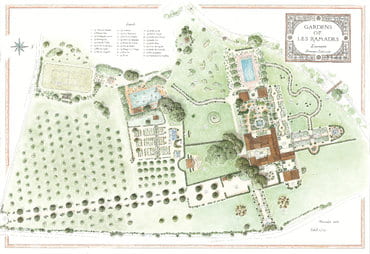 In the design, Dominique Lafourcade thinks that the garden whatever it is, must keep its secrets, its discoveries and even surprises while harmonizing with the building. It is all the more important for a hotel garden.

In 2021, the owners of the Manville Golf course ask Dominique Lafourcade to redesign or modify the courtyard around the hotel while keeping the existing structure 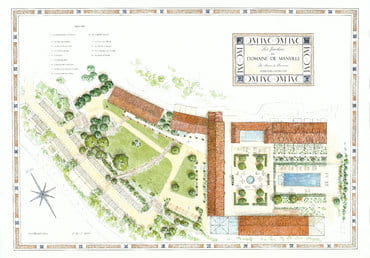 The Castle of Estoublon located in the heart of the Alpilles between Fontvieille and the Baux-de-Provence is a jewel of 18th century architecture with its double-revolution staircase. The new owner entrusts Dominique Lafourcade with the creation of the gardens and the layout of the perspectives that highlight nature around the noble Provençal residence.

This ambitious project is spread over several hectares dedicated to beautiful places between yards and gardens: the Grand Potager, the Henhouse, the Tennis, the Clos de la piscine, the Arboretum, the Théâtre de verdure, the Nymphea and new Parterres in front of the Castle as well as a garden of the festivals and the conservatory of the olive and the Lavender.
Dominique Lafourcade reinvents every parcel of this immense territory. Here, it is imperious to create from nothing. 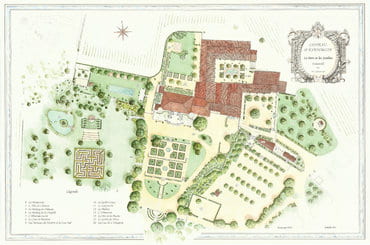 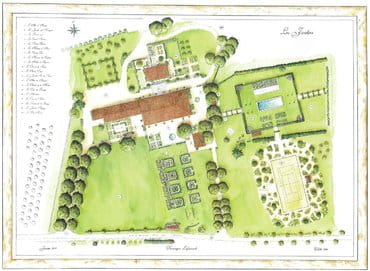 Creation of mediterranean gardens near Saint-Rémy-de-Provence. In the Alpilles, the radical architectural transformation of a farmhouse by Alexandre Lafourcade means for Dominique : the creation of gardens from scratch. Dominique Lafourcade has created gardens that provide a seamless unity between farmland and village. 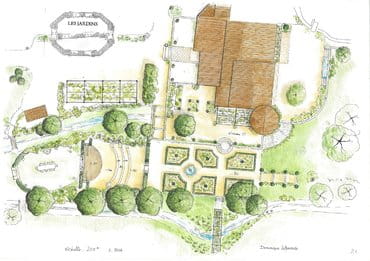 Bruno Lafourcade's death. In Spring 2016, Bruno Lafourcade died suddenly. With his memory very much present, Dominique Lafourcade and her son Alexandre are continuing the work of this family business with renewed impetus while applying the same commitment and dedication Bruno always showed. 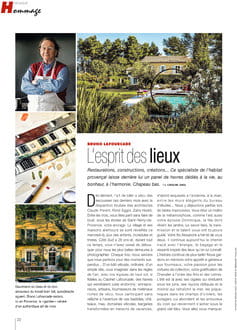 The Chateau de Berne: Dominique Lafourcade brings new life to Relais & Chateau hotel gardens at Lorgues in the Var. In the summer of 2014, Dominique Lafourcade visited the estate of the Chateau de Berne for the first time and discovered a magnificent natural site completely off the beaten track. Stretching before her was an impressive scene -an ocean of vines framed by the hills of the Var. But regarding the hotel gardens there was a lot to do and little time to do it. A total transformation was needed in just five months to create something magical and poetic from four hectares of land while uniting the gardens with the buildings themselves. Today, this well-known landscape artist finds a great satisfaction in her completed work and, above all, in seeing it open to an appreciative public.
Read the article 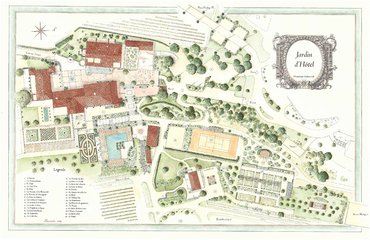 Country estates, chateaux grounds, elaborate vegetable gardens, living walls...there are some impressive gardens in France. And behind these green spaces are to be found men and women with a unique knowledge and ability. A team of reporters went to meet three exceptional gardeners: Patrick Blanc, who invented the concept of living or green walls; Dominique Lafourcade, who creates extensive Mediterranean gardens in the South of France; and Alain Baraton, head gardener at Versailles. Three people with three unique approaches which capture the spirit of a gardening tradition so deeply appreciated by the French.
Read the article 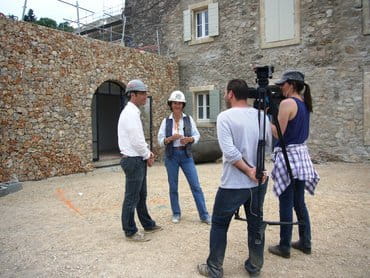 Côté Sud magazine Eight pages presenting a summer retreat in Provence where the tranquility of the house extends naturally into peaceful gardens. Dominique Lafourcade has created an enticing garden by integrating natural features including a hillside of fragrant pines and an ancient, open-face quarry in the Provencal mountain range of the Apilles. While maintaining an orderly approach she has drawn from nature's bounty, choosing among indigenous plants, trees and shrubs including rosemary, strawberry trees, santolina, Spanish broom and Viburnum tinus. The result of this careful selection of native species is a garden which gives the impression that it is limitless.
Read the article 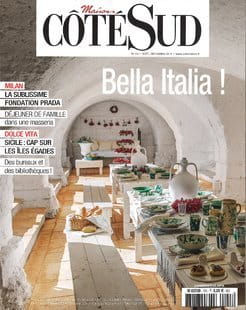 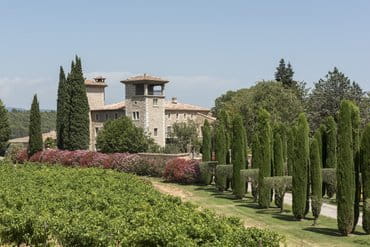 Secret Gardens appeared in June 2015, published by Abrams. It was the English version of the book originally published by La Martinière entitled: Secrets de Paysagistes. The book centres on contemporary approaches to gardens across the globe and features thirteen private gardens which have rarely—or never— been seen in any publication. All have been, created by well-known landscape designers including Louis Benech, Fernando Caruncho, Pascal Cribier, Jinny Blom, Dominique Lafourcade and Vladimir Sitta. Whether in France, Spain, Belgium, Germany, the Carribean, the US, Australia or New Zealand, these gardens display an extraordinary horticultural and conceptual diversity.
Read the article 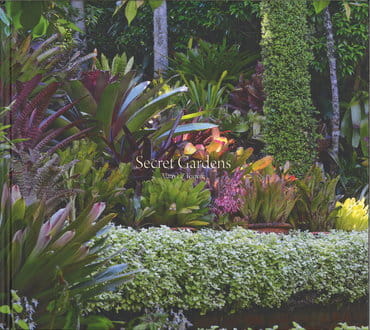